When you look at the past few months and read our 2015 Oakland Athletics team preview, you realize Billy Beane was up to his usual tricks in the offseason.

He started by showing star 3B Josh Donaldson the door, bringing in Fantasy underachiever Brett Lawrie along with three prospects.

That was just the beginning. When it was all said and done, the team Oakland has assembled is underwhelming on paper.

But if you dive a little deeper, there is value to be found here.

Let’s start by taking a look at the projected starting line-up, rotation and bullpen outlook.

The Oakland A’s really don’t have any players that are set to go early in standard drafts. A quick glance at their lineup leaves a lot to be desired from a Fantasy perspective. There is no one worth reaching on, as far as hitters go, in the early rounds.

On the pitching side of things, there is a lot to like about Sonny Gray, the 25-year-old right-hander that turned a lot of heads with an excellent first half last year. As he continues to get accustomed to life in the show, I expect him to be a very solid high-end rotation starting pitcher for any fantasy roster out there.

At the major-league level, Lawrie was the main return from the trade that sent Josh Donaldson to Toronto. It was a deal that left many scratching their heads, trying to figure out what Billy knew that nobody else did.

Sure, he got solid arms with upside in Graveman and Nolin and a great low-level prospect in Franklin Barreto, but if Lawrie can fulfill his promise, it will help ease concerns that A’s fans have in the short-term from that trade.

While I don’t expect Lawrie to play at a level similar to Donaldson, it was just two years ago that we saw Lawrie pretty high on draft boards after a great couple of months as a rookie in 2011. His power was up significantly last year, hitting 12 HR in 259 ABs. He has great speed, although we have yet to see it translate into MLB success in terms of swiping bags.

To me, the biggest question with Lawrie is his health. If he can stay on the field, I expect him to have a successful season with Oakand, and it wouldn’t surprise me to see him live up to his hype as a classic case of a “post-hype sleeper” this season.

So far, he has struggled to adjust to MLB pitching, posting underwhelming numbers across the board, but that didn’t stop Billy Beane from having him penciled in as the everyday SS as of now.

Semien may take some time, but he has the ability to do it all and help out in all five categories. Shortstop is a position that thins out very quickly once the first 4-5 are off the board, and if you happen to miss out, I recommend taking a flier on Semien late. He has the skills to really make a difference for your Fantasy team this season and is well worth a shot in the late rounds.

When the big deal first happened, many skimmed over Kendall Graveman and Sean Nolin. They were considered organizational depth for the Blue Jays, but in my humble opinion, the A’s were onto something here when they acquired the pair in the Donaldson deal.

If there’s one thing we know, it is that the Coliseum is a fantastic pitching environment. But that alone does not make pitchers succeed.

Graveman added a cutter to his repertoire last season and he flew through the ranks with the Jays, posting a 1.84 ERA in the minors in 167.1 IP. He does lack the ability to miss lots of bats, but he is a prime target for AL-only leagues in my books.

Another player that should be fairly cheap to acquire, even in AL-only leagues is Sean Nolin. The lefty had long been rumored to be a part of the Jays future, until he was passed by many of the higher upside arms in the Jays’ system that flew past him, like Marcus Stroman, Aaron Sanchez, and Daniel Norris. However, I think Nolin has what it takes to be a back-end starter in the right environment — and Oakland is just that.

The A’s don’t really have any immediate high-end prospects that are ready to make an impact, but don’t sleep on the organization as a whole. In particular, these two have the ability to log some innings in the A’s rotation until Griffin and Parker get healthy. And if they succeed, it will create an interesting logjam for the A’s.

Since the A’s don’t really have any high picks, the one player that worries me very much, relative to his ADP is closer Sean Doolittle. Pitchers with shoulder problems worry me.

Make no mistake, when healthy — he is great. Misses bats, pounds the zone, what isn’t there to like? But, when it comes to his health — I am not buying the fact that he will recover cleanly from a partial tear in his rotator cuff.

I’ve seen him drop far in some drafts, and I have seen him slowly creeping up in terms of his ADP as “positive” news comes out that he is recovering well. For me, when it comes to saves, I want reliability.

Unless he falls very, very late, I’m not touching Doolittle this year in any format. I would be putting my money that Clippard ends up with more saves on the year than Doolittle.

What Should We Know About the 2015 Oakland Athletics?

Just because there isn’t a lot of high end talent, don’t sleep on this group.

Oakland is a team that is competitive almost every year, they win a lot of ball games, and it doesn’t happen by chance. They know what they are doing, and there will be stats to be had from their roster. To me, there are many on this team that are great fliers late for standard leagues.

If they fail, so what — drop them and go shopping on the wire. But the guys in the middle of the order such as Josh Reddick, Billy Butler, Ike Davis and Stephen Vogt will be given every chance to succeed — and if Oakland has another excellent year as a club, they will be some of the driving forces behind that.

So, it’s time for you to play some Moneyball of your own — and figure out which players are undervalued in your league. The hope is that you can do something that Billy Beane can’t seem to do — win a title. 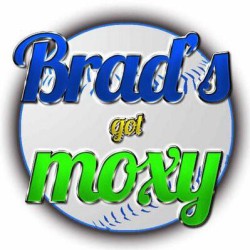 Follow Brad!
Brad Binns
Writer at Moxyball.com
If you liked what you read, you can find more from Brad Binns at Moxyball.com. Moxyball focuses on both season-long baseball Fantasy coverage and DFS analysis for all the major sports.