The AL Central looks to be (arguably) the toughest division in baseball with the defending World Series champion Royals, Tigers, Twins, and Indians all receiving preseason love.

The front office made two key trades, bringing in Todd Frazier and Brett Lawrie to cover the hot corner and the keystone, respectively.

Their ‘win now’ mentality has left their minor league system bare for the foreseeable future.

Outside of the hole at shortstop left by Alexei Ramirez (define ‘hole’), this is a solid lineup. The upgrades at second and third base are substantial given how bad the positions were offensively in 2015 (goodbye, Gordon Beckham!)

The left-handed trio of Sale, Quintana, and Rodon is a great start for the rotation. After that, it gets interesting with the veteran Danks and the unassuming Johnson. With both of those guys projected as 4.50-5.00 ERA pitchers, it’s quite possible that a sleeper rookie I have named later could burst onto the scene.

David Robertson had a quiet but effective 2015 season, posting a 3.41 ERA in 63+ IP and 12.22 K/9.  His FIP and xFIP both lie below 2.52, which points to a much improved ERA for 2016. The major threat to his save chances is unfortunately the rest of the bullpen, which is on the wrong side of pedestrian and should be the focal point of in-season trades should they be contending for a playoff spot.

Another stud is first basemen Jose Abreu. His sophomore season was a downgrade from his rookie year after seeing his power and batting average decline. However, if 30 HR, 90 R, 100 RBI, and 0.290 BA is the floor, he is probably one of the safest picks of the draft. Furthermore, the addition of Frazier behind him as insurance will force pitchers to challenge Abreu more often.

Adam Eaton was an unsung breakout player in 2015, providing stable production in runs, batting average, and stolen bases. What has fantasy players either excited or skeptical was the spike in home runs from 1 in 2014 to 14 in 2015. This didn’t occur by some crazy, unsustainable HR/FB ratio. Instead, it was his approach to the plate as seen by his batted ball profile:

Eaton is cutting down on groundballs and opposite field knocks, which could imply that he is starting to see a trend in the way pitchers are throwing to him and capitalizing on the high amounts of fastballs he sees. Count me as an excited fantasy player, as he could easily have a 20-20 season while scoring 100+ runs and he could be drafted outside of the top 100.

Melky Cabrera had a rough overall 2015 season after coming from Toronto, as he saw his ratios drop along with his extra base hits. However, let’s see the overall stats broken into two halves:

He was performing twice as well over the second half in power-related stats, which fell more in line with what he has done in the past. Hitting in the 2-hole in front of Abreu and Frazier only increases his odds for runs created and he is being selected very low in the outfield pool.

This isn’t a proclamation that Frazier will tank this year like he did in the 2nd half of 2015 — he will still produce enough in the counting stats to be useful. However, his home/away splits during his time in Cincinnati is worrisome. His 2015 splits reads:

Taking him out of his comfort zone in Great American Ballpark makes Frazier a risky investment in the top 50 of drafts and I will likely look elsewhere amongst third basemen.

As previously mentioned, trades for Frazier and Lawrie cost a myriad of worthy players from the farm. One player left unaffected was shortstop Tim Anderson. Anderson posted a .312/.350/.459 slash line in Double-A last season. What he lacks in power he makes up for in speed with 49 SB in 2015. He could be an intriguing add for stolen bases in rotisserie leagues, especially at a shallow position.

It’s not uncommon for seasoned college pitchers to take less time to work through the minors than high school prospects. Former Vanderbilt star Carson Fulmer performed well in 9 games for Single-A, posting a 1.96 ERA, 1.13 WHIP, and 10.2 K/9 in 23 IP. It’s obviously a miniscule sample size, but the 4/5 SP slot is wide open for the White Sox and Fulmer could be a big part of the team’s success in September as a late addition to an expanded roster should he dominate Double- and Triple-A in 2016.

What Should We Know About the 2016 Chicago White Sox?

The White Sox have shown some fight in free agency this offseason, but it’s just not going to be enough to rival the rest of the teams in the division. On top of that, they gave up some promising minor league prospects that might spell trouble in the years following 2016. 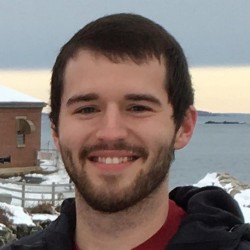 Tyler Thompson
Writer at FantasySixPack.net
Tyler Thompson has been writing baseball articles for the Fantasy Six Pack. Feel free to hop over to fantasysixpack.net to check out the latest articles, including Fantasy Baseball draft prep, position previews, rankings and other great articles from our up-and-coming writers!