Welcome to the Fantasy Baseball Hitting Planner for Week 14!

Each week, we try to point out the best set of hitters to target, so check back every Friday.

Week 14 marks the halfway point and the final full week of baseball before the All-Star break. With some great matchups ahead in Week 14, you’ll have plenty of options to finish the first half off strong.

In consecutive weeks, the Toronto Blue Jays get two favorable matchups with four games against the Chicago White Sox and three against a league-average Kansas City Royals’ pitching staff. The L.A. Dodgers get two great matchups against two of the worst staffs in baseball in the Philadelphia Phillies and Milwaukee Brewers. The Atlanta Braves also get two elite matchups as they go on the road to face the Milwaukee Brewers and Colorado Rockies.

Without further ado, let’s get to the hitting planner.

Teams with Most Total Games

Since being recalled to the Majors mid June, Odor has been mashing. Through 46 at-bats, he has hit for a cool .391, while clubbing two homers and stealing four bags. In Week 14, Odor and the Rangers will play two home series against two of the worst pitching staffs in baseball in the Diamondbacks and the Padres. Odor projects as an elite play at a shallow MI position in Week 14.

For all the same reasons as Odor, Moreland gets two elite matchups in Week 14. And if the matchups weren’t enough to start Moreland, his hot hitting should do the trick. Over the past eight games, Moreland has found his power stroke – crushing six homers, while recording 10 RBIs. Although the CI position is deep, Moreland makes for both a safe and high-upside play for Week 14.

Upton hasn’t seen much playing time this season due to injury and hitting woes, but the Pads will gain the DH position in Week 14 – making Upton an obvious choice to pick up more at-bats. He’ll likely see at-bats at the top of the Padres’ batting order and could supply you with some homers and stolen bags from the OF position. The Padres will faceoff against the Pirates and Rangers in Week 14.

While his hot hitting has slowed a bit after his blistering start to the season, Markakis is still sporting a .302 average and continues to bat in the heart of the Braves’ lineup. In Week 14, Markakis and the Braves will play two road series against the Brewers and Rockies – both representing elite matchups in elite hitting environments. With zero home runs on the season, Markakis’ power has all but disappeared, but don’t be surprised if he cranks one or two out in the final week before the All-Star break.

Although he won’t see as many at-bats on a weekly basis due to his position, Grandal still makes for a great play in Week 14. The Dodgers and Grandal with face the Phillies and Brewers – two teams that define the term “blowout prone.” Over the past week, Grandal is batting .333 with two homers and five RBIs.

Good luck in Week 14 and let our Hitting Planner show you the way, and may your hitters find the bleachers more than they find double-play grounders! 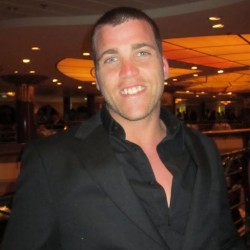