The Northern Trust Open starts early Thursday morning in Pacific Palisades, California, and that means another weekend of daily fantasy golf action. We’ve broken down the top five golfers according to DraftKings for you, and given our analysis and thoughts when it comes to beginning your fantasy roster.

Spieth is listed with a $13,200 salary, and comes in tied for the number one slot. He’s only played in four tourneys on the PGA Tour this season, but he’s played in a bunch of others, including a second place finish in Asia against a very weak field. He’s been exhausted during his offseason, publicly admitting this, and that could be enough evidence that he’s not quite ready to hit up the PGA. Last week was his first tourney back, and he finished an unimpressive T21. Spieth has a high fantasy point average in his four PGA events this season with 118.1, but he only put up 72.5 last week. He should do better than that this weekend, but he’s pretty expensive for now. Use him at your discretion, of course, but don’t expect a win out of him. He’s too pricey for our taste based upon what we’ve seen so far.

McIlroy is the other number one slot this weekend with a $13,200 salary as well. McIlroy is averaging 83.0 fantasy points per tournament, but he has just two PGA events under his belt this season, the latest being from back in November of 2015. He had 92.5 points then, and was still recovering from an injury. It’s likely that he will be able to beat that number, thus the high price he’s been given. It’s hard to give his stats any sort of relevancy for those two reasons. Like Spieth, he has a ton of potential here, but he’s expensive. If you are trying to decide between Spieth and McIlroy, we recommend McIlroy. He has more experience than Spieth, and it’s very unlikely that he’d be in this one unless he were in top shape. With Spieth, we have reason to doubt that. Act accordingly.

Johnson is the third best golfer entered here with a salary of $11,300. He has a lot of potential, but he always seems to be a second best kind of guy. His stroke count is pretty high this season, too. He’s averaging 70.3 strokes per round in his five tourney this season, has averaged 88.8 fantasy points per tournament, and has finished a season best of T5. That was back in November, though. His most recent performance was T41 last weekend. Johnson is a good golfer, don’t get us wrong. However, he isn’t in the greatest of shape right now as evidenced by his fundamentals in his game. He could be a great fantasy choice later in the year, but right now he’s not playing well enough to justify his cost. Pass on him.

Matsuyama has a ton of potential for this tourney. He’s priced at $11,100 for this one, coming off of a win earlier in the month where he scored 117.5 fantasy points. This helps with inflating his season average of 76.8 and indicates that he’s in much better form than he was a few months ago. He’s also averaging 68.9 strokes per round, which is also quite helpful in making a case for drafting him. He has only made 4 of 6 cuts this season, but he’s also only competed twice this calendar year, so it’s tough to give this stat any sort of credence. He’s a good choice in our book.

Rounding out the top five is Justin Rose. He’s priced at $10,800, and is averaging 80.5 fantasy points per tournament. His stroke count average stands at 69.5, which is pretty decent. He’s a great golfer, but perhaps not in top shape for the season yet. He’s made 3 of 4 cuts this season, finishing T6 last weekend at Pebble Beach. Rose put up 91.5 fantasy points there, showing that he’s far better than his average hints at. In fact, when he missed his one cut this season in January, he only scored 31.5 points, and averaged 72 strokes per round. That hurt him a lot. If he can avoid that this week, he’s a good addition to your roster and a fair value when it comes to salary. 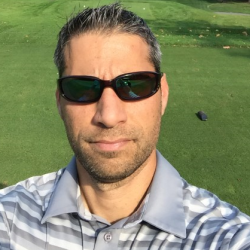 Rich Sobin
Rich Sobin is a high handicap golfer who knows more about other people's golf swings than his own. He's been around fantasy football for over 20 years and continues to fill his head with this crazy information. Rich has been through all the ups and downs of full year fantasy leagues and now devotes a lot of attention to Daily Fantasy Sports. You can read more about Rich at windailyfantasy.com

2016 Fantasy Golf is in Full Swing