In this edition of the Rounding Third Podcast hosts @NickSlegel and myself, @Whudey preview the 2B, SS, and OF positions in fantasy baseball for 2016. Providing some insight on each position as the start of the season is almost here.

First, we break down the second base position critiquing each other’s Top five lists. Jose Altuve, Dee Gordon, and Robinson Cano made the top three but we have a difference of opinion at No. 4 and No. 5.

After that we touch on some of the biggest risks at second base for the 2016 fantasy baseball season. Nick isn’t as fond of DJ Lemahieu according to his ADP, while I make arguments against Brian Dozier. The conversation shifts towards some we consider as sleepers like Joe Panik and Addison Russell. Wrapping up the discussion on Second basemen we each give a breakout candidate.

The rest of the podcast follows the same frame as the second base portion of the podcast. Next topic staying with middle infielders the duo gives Top fives with mentions of Troy Tulowitski and Carlos Correa.

Nick gives his reasons why Fransico Lindor is a huge risk as a regression candidate. Whudey explains why he would avoid the Corey Seager .

Sleeper candidates in Wilmer Flores, Starlin Castro, and Trevor Story could provide value late in drafts. Rounding out the chat on shortstops Nick and I give a couple of breakout players.

Finally, Nick and I hit on outfielders. A top five that of course involves Mike Trout, Bryce Harper, Giancarlo Stanton, and Andrew McCutchen. Do we have a difference of opinion with the five slot?

In the Risky player section we highlight guys like Joc Pederson and Adam Eaton. Sleeper talk on a bevy of guys because outfield is a deep position.

Nick and I close the podcast with some potential breakout candidates that include Christian Yelich. 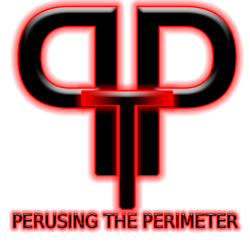