A 96-win season (tied for second-most in the majors with Washington) put the Orioles back in the playoffs in 2015, but a meeting with the eventual World Series runner-up, Royals, ended their championship run in the ALCS.

After their strong showing last season, every team in the American League East knew they had to play catch up.

And the other four teams in the AL East have done significant overhauling, while the Orioles have remained stagnant, even losing some key pieces including Nelson Cruz’s 40 home runs and long-time Oriole Nick Markakis.

The loss of Cruz looms very large when looking at Baltimore’s lineup, and unless Chris Davis bounces back from a poor 2015, the 2015 Orioles do not look all that intimidating (even with a consistent Adam Jones and a presumably healthy Manny Machado).

The Orioles starting five were solid last year, as their first four arms won at least 10 games, with two pitchers at least winning 15 (Bud Norris and Wei-Yin Chen), with those two pitchers posting their finest seasons in the big leagues. That isn’t even taking into consideration Ubaldo Jimenez, who is only a season removed from his best effort, and this will likely be a season where the Orioles are more willing to remove the governor from one of their top former top prospects, Kevin Gausman, and let him loose on the AL East.

Tommy Hunter began the season as the Oriole closer and actually recorded 11 saves, before Zach Britton took over the role. Zach Britton nailed down 37 saves in 76.1 innings. He posted a WHIP of .904 (he only allowed 46 hits) while striking out 62 batters.

Since 2011, Adam Jones has been the rock upon which the Orioles are built.  Averaging almost 30 home runs, with a .282 average in those four seasons, although, Rotisserie owners may not value him because of his low OBP, he is a top ten outfielder in most cases. Barely making this list is Chris Davis, and he is only making this list because of his 26 home runs, and the chance that his .196 average was an outlier driven by some poor luck.

His line-drive percentage stayed relatively stable, but his home run/fly-ball rate dropped from 22.6% to 16.6%, and a quick look at his batted ball spray charts from 2013 and 2014 shows no discernible difference in flyballs, but there is a big difference in the amount of home runs he hit to left and centerfield (19 combined in 2013 and eight combined in 2014).

Limited to only 82 games last season, Machado was only two off  from matching his career-high of 14 home runs in 2013. He also showed an improved batting eye by improving his walk rate to 5.7% and lowering his SO/BB rate to 3.4. A full season will likely lead to another step forward in the 22-year-old’s development. Another likely breakout in 2015 is Kevin Gausman. Gausman spent the majority of the 2015 with the big club last year making 20 starts and throwing 111 innings.  But it also seemed like he was the first to be sent down in order to have another arm in the bullpen or to have a bat on the bench.  The cautious approach to Gausman’s development is understandable after losing another top prospect, Dylan Bundy, the year before to Tommy John surgery, but I wouldn’t expect that this year from the Orioles.

Losing Matt Weiters last season was tough for the Orioles, and he likely won’t return until mid-season, which opens the door for last year’s replacement,,Caleb Joseph, to receive a lot of playing time.

In his 82 games last season, the 28-year-old rookie hit nine home runs. However, his .207 AVG leaves a lot to be desired. But drafting him as a backup catcher, or a second catcher in leagues which require two catchers, may make Joseph serviceable, at least for the first part of the year.

Having played in over 100 games for the first time in his career, it is likely that Pearce was left undrafted in a very high percentage of leagues last season. But semi-regular playing time and a career high in at-bats, 383, led to Pearce more than doubling his career home runs output, with 21 long flys.

Now for the first time, Fantasy owners may be looking to Pearce late in drafts, and as long as it is late they may not be disappointed, however, with a very limited track record and being on the wrong side of 30, Pearce has likely already reached or exceeded his ceiling.

Penciled in at first base is rookie Christian Walker. The 23-year-old hit .307, slugged .542, and launched 20 home runs in Double-A last season. With the loss of Cruz, Baltimore could use the power boost he could provide.

It may also finally be time for another rookie to emerge in Baltimore, as we may finally see Bundy. The organization’ stop prospect appeared in 27 games last season (12 starts) and threw 82 innings and had a record of 5-5.  An early-mid-season call up, and a role similar to what Gausman had last year may be in the cards for 22-year-old right-hander.

What Should We Know About the 2015 Baltimore Orioles?

This isn’t 2014. The Orioles will need a bounce back season from Chris Davis, a healthy season from Manny Machado, Adam Jones to do what he does best, the pitching staff to pitch as well as they did in 2014, and their youngsters and inexperienced guys (Joseph, Jonathan Schoop and Walker) to make strong impacts if they hope to compete in a retooled American League East. 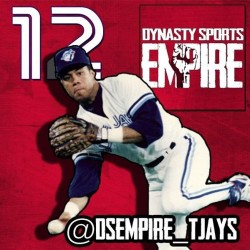