While the Astros improved by nineteen games in 2014, I do not think it was the season that fans were planning on. Their diminutive second baseman Jose Altuve stood tall leading major league baseball in hits, batting average and finished second in stolen bases. But power is what the Astro fans were looking for, not only in the standings, but with the thunder in the lineup along with the arrival of hyped prospect George Springer. Houston’s bats did not disappoint finishing fourth in the majors bashing 163 home runs and 12.4% of their hits went over the fence. However, all this power came with a cost. Houston ranked 29th out of 30 teams in hitter strikeouts with 1,442 for the season and averaging 8.9 per game. Even with the power surge, they finished in the middle of OPS (on base percentage + slugging percentage). What does this mean for the 2015 Houston Astros bats, though?

As to their pitching, the starters actually overachieved with Dallas Keuchel leading the league with a 77% ground ball rate of balls in play off of his two seam fastball. Keuchel’s overall 63.5% ground ball was first among qualified starters. But lightning struck twice for Houston with Collin McHugh emerging with a 25.4% strikeout rate courtesy of his curveball. But the entire bullpen finished with a 55.36% save percentage which again ranked the Astros 29th in baseball. This is a stat that features holds as well so it did not center only on the closer. For perspective, the Royals finished third in this stat with an 81.54% conversion rate. If you look at a team in the middle, the Yankees finished 16th with 70% which does not seem like a big deal until you apply that 70% to the Astros and that is an eight game difference. Then they improve by 27 games and were only four games away from .500, a mark this franchise not been over since 2008.

But this is a look at the Astros for fantasy purposes and believe it or not, they do have some talent to offer this year. They traded for more power in Evan Gattis, signed Jed Lowrie, hope for a healthy George Springer to take over batting third all season and staying healthy. In order to shore up the bullpen they signed free agents Luke Gregerson and Pat Neshek but did not get another starting pitcher except for Dan Straily in the Dexter Fowler deal. Here is how the Astros stack up.

We took the projected lineup, rotation and bullpen from RosterResource.com.

How can I call a catcher who may not catch a Fantasy stud? Well, that is just it. A player with power potential like “El oso blanco” that may not catch is exactly what you need. Here are some facts:

For the second straight year I will list George Springer here. His early ADP’s suggest that he is not overpriced going as the 14th outfielder taken in NFBC drafts at No. 43 overall and on Fantasy Pros his is the 18th one taken at pick No. 55. But it is hard to imagine a player taken after number fifty that could return borderline first round value. Crazy? According to Jeff Zimmerman of Fangraphs, three home runs or stolen bases are equivalent to ten points of batting average. More fun facts in regards to Springer:

If interested, I did a detailed write-up on George Springer here.

It is hard to call someone a sleeper that finished tied for first in home runs in 2014’s second half, was tied for fourth in RBI. He is not a trendy pick since his career slash line in the majors is only .222/.313/.459 and this year only had designated hitter eligibility. What will determine Carter’s future is if the gains in the second half last year is a breakthrough or a mirage.

With power numbers trending down (see a theme here) Carter with his warts does have value and if you pair him with a player like his teammate, you get quite a mix. I took the time to build upon Ron Shandler’s theory of mixing one dimensional players together to combine into two fantasy assets. If you had Jose Altuve and Chris Carter last year their hybrid equals the following stat line times two:

With the exception in runs, the hybrid between a player like Jose Altuve and Chris Carter is almost equivalent to the stats of Gomez, which at last year’s ADP was a steal. It is imperfect, but food for thought nonetheless.

With all due deference to my man Jose Altuve, it breaks my heart to put him here. His 2014 propelled him all the way to number one on the ESPN Player Rater and helped my AL only team to a title (well he and my Chris Carter hybrids). But last year’s success has made him this year’s draft darling. In live NFBC ADP he is the first second baseman taken at pick number 12 and on Fantasy Pros he is also the first second baseman at #13. If Altuve can repeat last year then this is an acceptable price point but:

Will Jose Altuve really regress that much in 2015?: Jose Altuve is coming off a breakout 2014… http://t.co/yPljhTu2mo #fantasybaseball

Also, I did a profile of the top three second basemen featuring Altuve, Anthony Rendon and Robinson Cano here.

As a top rated prospect, Correa was well on his way to a good season at high “A” ball hitting a robust .325/.416/.510 with six home runs and twenty stolen bases at only 20 years old. Then his season came to a halt when he broke his leg and the hearts of prospect analysts. In spite of this Correa is the #3 ranked prospect by MLB.com and a season of full health should allow him to re-establish himself as a future fixture in Houston. Although he has a major league invite to camp, it will probably be 2016 before Astro fans can watch him in the lineup with Springer.

While Correa is a celebrated prospect, Mark Appel has been much maligned by the Astro community. As a number one pick in 2013 his predicted meteoric rise in the system was halted by a rough start this year in the same high “A” team that Correa thrived on. Appel had a 9.74 ERA with a 40/11 K/BB in 44 innings pitched and then he was promoted to AA and then he seemed to turn a corner. In Corpus Christi he lowered his ERA to 3.69 keeping a similar K/BB ratio with a 38/13 total in 39 innings. Appel also pitched in the Arizona Fall League keeping his 3:1 K/BB ration intact with a 24/8 total but lowered his ERA to 2.61 with a tidy 0.84 WHIP. The acquisition of Dan Straily should allow Appel a bit more time to develop in the minors but if Straily should faulter, Appel could get a spot in the rotation as soon as this year.

What Should We Know About the 2015 Houston Astros?

For starters? More of the same. They are going to hit home runs and may even challenge for the league lead with a full season of Springer and Gattis. But they may also lead the league in strikeouts. If Keuchel or McHugh regress at all it will make repeating the Quality Start total of 87 last year tough to repeat. But there is good news in the bullpen with the additions of Gregerson (who I think leads this team in saves) and Neshek to give the Astros a better chance to convert more saves in 2015. It will take many things to go right to make a run at .500, but things seem to be coming together. If they can make a splash in next year’s free agency getting pitching, Houston fans will be very interested in this franchise. 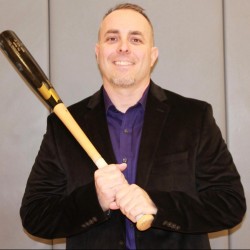 Follow Greg!
Greg Jewett
Writer at TodaysKnuckleball.com, FantasySquads.com
Greg Jewett (@gjewett9) is a Fantasy writer at Todaysknuckleball.com after writing for both RotoAnalysis.com, and The Sports Script. He coached half of Nando DiFino’s girlfriends in high school. He loves writing about and promoting Fantasy Baseball. Tim King and I will be hosting a podcast soon for Today’s Knuckleball and you can see our rankings and positional profiles weekly at the site. I also write the "Reliever Roundabout" for Fantasy Squads for David Kerr.