When writing the 2014 Kansas City Royals team preview, never in my wildest dreams did I imagine they would come within one run of winning the World Series.

In fact, although I did say they were on the verge of contention, I didn’t even have them making the playoffs last season! Not even another Davis Mattek prayer could have led to a run against Madison Bumgarner (1 run in 21 IPs), who was utterly dominant.

Coming ever so close to winning it all would have most teams (and fans) confident of a repeat. Well, I am going to warn you: Don’t fall in love with the 2015 Kansas City Royals!

While there is certainly legitimate optimism, the Royals rode an incredible hot streak down the stretch, and ultimately were just an 89 win team. I think they can be that again, but hovering around 90 wins is not a guaranteed ticket to postseason play.

None of this may matter to you, as undoubtedly you are here for Fantasy ramifications, but the team’s makeup and chemistry can severely impact your Rotisserie roster.

Take the pitching staff, for instance, which lost its ace, James Shields, to free agency. Moving every other starter in the rotation up a notch puts pressure on them, but also slightly diminishes their Fantasy value. Yordano Ventura will be counted on to continue to improve upon his impressive arsenal, but moving from essentially the No. 3 starter spot in the rotation to the No. 1 may be the impetus for some regression.  That is also assuming he can make up the 44-inning difference that Shields (227 IPs) provided.

The lineup loses not one, but two players who were in the top 50 for On Base Percentage (OBP) last season, in Nori Aoki and Billy Butler. Replacing them are veterans Alex Rios and Kendrys Morales, but much like Edinson Volquez who fills the vacancy in the rotation, these moves are very hit or miss.

Overall, the 2015 Royals are a roster filled with very complimentary players, but no elite game-changing superstars. With the exception of catcher Salvador Perez, no Royals positional player is at the top of his respective position.

However, as I said last year, every single player on this team should be rostered in Fantasy.

From the pitching staff, Ventura, and closer Greg Holland are two guys you want. The rest are guys you wouldn’t be upset to have. Kansas City has players that will help you win Fantasy championships, not lose them. They just won’t be the first names you rattle off when gloating about your success.

The 26 year-old lefty made big strides last season, even if he tailed off down the stretch. He threw more than two-thirds of his 149.1 innings during the heart of the summer, and was nothing short of brilliant in that time.

In the months of June/July/August, he allowed just 24 runs over 106 IPs, producing an ERA of 2.04. Considering this was his longest look in the majors, and his return from Tommy John surgery, I am extremely encouraged the improvement can continue.

Double-digit wins, a low ERA and WHIP will all be there. If he can get near 180 Innings he will be a solid source of Ks as well, holding a 7.34 K/9 rate as a major leaguer.

Danny Duffy Could Be Even Better in 2015: Last season, Danny Duffy delivered on the promise that he wo… http://t.co/4Jr62mL41e #Royals

The power outage appears to be very real, as the one-time slugger has totaled just 10 HR in the past two seasons with the Rangers. However, the batting average and stolen bases were still prevalent.

His floor is a .280 BA and 15 SBs, which may open the door for him to slide up the order and into the two-hole at some point. Regardless, the depth of the Royals lineup should still provide him with plenty of run-scoring opportunities. At the very least, he should contribute in four categories, and there is always the potential for a resurgence of power, as he has proven capable in the past. Depending on where you draft him, he can still be an excellent provider in your Fantasy lineup.

I tossed and turned with whom to nominate for this distinction, and in the end, kept coming back to Morales. His seven homer outburst in 59 games with the Mariners at the end of last year may fool some into thinking he can return to being a bopper in your lineup.

I just am not seeing that to be the case. You can point to his career-worst .218 batting average as being unlucky, based on his dreadful .244 BABIP. You can even point to him returning from an injury and getting his feet wet, or his contract holdout and playing for two different teams. But his calling card has always been his power numbers, and they have gradually been on the decline.

With Eric Hosmer at first base, Morales is slated to be the everyday DH, which sets up to be a recipe for pigeon-holing yourself into limited options. Unless he has 1B-eligibility in your league, I would avoid the gamble.

Most of the Royals prospects lists will likely feature shortstop Raul Mondesi, or SP Kyle Zimmer at the top. While both are highly regarded, neither is ready to contribute in 2015.

The left-handed Manaea, drafted 34th overall in 2013, is a long shot to reach the bigs this year, but if he continues to show what he did in his first professional season at High-A Wilmington, he would become the Royals best in-house option should a spot in the rotation open up. As a 23 year-old former college hurler (Indiana State), he can move quickly through the system.

Sean Manaea has to be the most interesting prospect in camp for KC. Raw but massive LHP who dominated Wilmington in the second half of 2014.

What Should We Know About the 2015 Kansas City Royals?

Hosmer is looking more and more like an even/odd type of player, and this season ends with a ‘5.’ Still just 25 years old, his averages as a pro in “even” seasons are:

Compared to his “odd” seasons:

The biggest disparity is in the average, which may also lead to the difference in RBI production. You have to love that the power numbers remain relatively consistent, albeit low, and double-digit steals from your first baseman are a nice added bonus. Based on his track record, and still developing power, this should be a year you will certainly want the son of a retired firefighter. Take advantage of Hosmer’s currently low price tag.

Check out the rest of our “Fantasy 30 for 30” Fantasy Baseball team preview series. 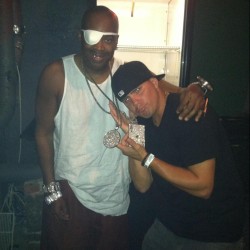 Follow Andy!
Andy Singleton
Co-Owner and Director at LevelUpFantasy.com
In addition to contributing to several sites for both Fantasy Baseball and Fantasy Football, Andy Singleton is co-owner and Director of Content for LevelUpFantasy.com. An active firefighter in Brooklyn, N.Y., Singleton’s passion for prospects has led to the development of his new site, FantasyFiveStar.com, which concentrates solely on prospects and their dynasty values in both Fantasy Baseball and Fantasy Football. You can find Andy on Twitter @PeoplezPen.

This Year’s Dee Gordon: 3 Speedsters to Help You Run Away With a Title
2015 Minnesota Twins Team Preview: Fantasy 30 For 30