After appearing in the MLB Playoffs in 2013 for the first time in over 20 years, the Pittsburgh Pirates found themselves back in the same position in 2014, though, they were ousted in the NL Wild Card Game.

After starting the season 9-16 in April, the team went 78-58 the rest of the way and played fantastic baseball down the stretch. Pittsburgh once again relied heavily on their superstar centerfielder, Andrew McCutchen, and they found extreme value in the versatile Josh Harrison, who emerged as a legitimate leadoff hitter.

Pittsburgh’s pitching staff was once again very solid and was able to produce another diamond in the rough in Edinson Volquez. Mark Melancon locked down the closer’s role during the month of May and finished the season with a 1.90 ERA and 33 saves.

General Manager Neal Huntington is on record saying that on paper the 2015 Pittsburgh Pirates team is “the deepest and most talented” he has assembled. There are big expectations for Pittsburgh this year, but they are built for another playoff run.

The Pirates employ one of the best overall players in baseball and a Fantasy goldmine in Andrew McCutchen. He will be a consensus top-five pick this year due to his amazing consistency. He is a virtual lock to go 20/20 with a .300-plus average with a stellar on-base percentage. It would be nice to see him increase his steals, but he does everything else so well, I’m just nitpicking at this point.

In the second half of last season, Starling Marte batted .348 with eight home runs and was an absolute sparkplug for the Pirates as they secured their second straight Wild Card berth. With another season of growth behind him, Marte could come close to 20 home runs along with 40 stolen bases this year. If he has a strong spring, he will vault up draft boards. He’s a player that you should keep a keen eye on.

Pittsburgh has a very deep and immensely talented minor-league system and Gregory Polanco has been a part of the organization since signing as a 17-year-old in 2009. He showed flashes of his colossal talent last season, but it was a tale of peaks and valleys.

With Travis Snider gone, the job fully belongs to Polanco. His ceiling is extremely high and if he reaches his full potential he could be in the same tier as McCutchen. He possesses solid power, fantastic speed, and a great eye at the plate, which combined make the main ingredients of a Fantasy stud.

The time Gregory Polanco made Dice-K rethink everything he thought he knew about baseball is my favorite: https://t.co/ZaiP4lZgdh

I know, I know. Pedro Alvarez? Hear me out. Last season was a lost one for the Pirates slugger. He committed 25 errors in 99 games at third base and also saw his home run total fall from 36 in 2013 to 18 in 2014. To top it off, he was shut down in late August with a stress reaction in his left foot.

This season could be the rebirth of Pedro Alvarez. The Pirates are going to move him to first base on a full-time basis, so he won’t have the pressure of making throws across the diamond. The hope is that he will be able to be a much stronger hitter with the strain of playing third base off of his shoulders.

We know Alvarez will never hit for a high average, but he could get back to the 35 home-run level. From a late-round pick, you couldn’t ask for much more.

His success this season is vital to Pittsburgh, but it’s not something that can be counted on. His numbers last season in Philadelphia were more in line with what Burnett’s done throughout his career. There is certainly concern with Burnett and he is a player that we’ve learned to never trust. He could just as easily have an ERA of 3.50, as he could an ERA of 5.00. Fantasy owners should keep an eye on him late in drafts, but should not jump the gun too early based on his prior success in Pittsburgh.

Pittsburgh gave Kang a four-year, $11 million dollar deal in January and they are hoping that he will be a huge bargain. At 27 years old, he doesn’t have the typical rookie makeup, but that’s because he has played in the Korean League his entire career.

He’ll likely start the season as a utility man, but if he can prove to be a solid defender, he could supplant Jordy Mercer at shortstop. Kang hit .356/.459/.739 with 40 home runs and 117 RBI in 117 games this past season in Korea, so it is clear he handles the bat quite well. He will have to adjust to major-league pitching, but there is clear upside here.

What Should We Know About the 2015 Pittsburgh Pirates?

Pittsburgh has an extremely deep minor-league system, boasting several Top 100 prospects, including Tyler Glasnow, Josh Bell, and Jameson Taillon. The team has been known to hang on to their top guys instead of moving them for “win now” players, but this could be the year that they finally make a big time move as they look to make a deeper playoff run.

If the pitching staff performs like it has the past two seasons, the team should have a solid chance to make the playoffs for the third straight year. There are definitely some concerns surrounding the latter part of the rotation, Pedro Alvarez, and Francisco Cervelli behind the plate, but otherwise, this is a very strong team.

Expect more of the same from McCutchen, another big step forward for Marte, and possibly big-time breakout by Polanco. This could be the best overall Fantasy outfield in baseball as soon as this season.

At the end of the day, the team needs to pitch well and play great defense. They are in a position to win now and if the past two seasons are any indication, they should come close to 90 wins once again.

Check out the rest of our “Fantasy 30 for 30” Fantasy Baseball team preview series. 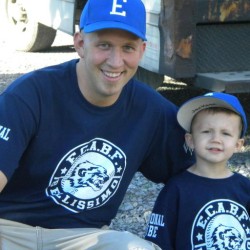 Running With The Bulls: Prices for the Top Fantasy Baseball Players for 2015
Hitters in Contract Years: Contractually Obligated to Have a Good Fantasy Year