Every offseason, Fantasy Baseball experts offer the same advice, “Know your league.” If you play in a 5×5 Rotisserie league, that’s not a problem.  Unfortunately, because the Fantasy industry has yet to establish a standard scoring system, this is far more difficult to accomplish in a points league.

Just the thought of reviewing and analyzing the 25-plus statistical categories most points leagues employ makes my eyes want to glaze over. But considering most Fantasy rankings are tailored to 5×5 leagues, it is extremely important to know which of these categories lead to the highest point totals within your league’s scoring system.  How can this be accomplished? With a simple statistical regression.

A statistical regression attempts to determine the strength of the relationship between one dependent variable (Fantasy points scored) to a series of other changing variables (scoring categories). In layman, Fantasy Baseball terms, which scoring categories have the biggest impact on a player’s total points scored?

Don’t worry, there is no heavy mathematics involved. With just a simple Google search for “statistical regression in Excel” you will be able to find clear and simple instructions. Download your 2014 data set from your Fantasy Baseball league, complete with the scoring categories and total points scored by each and every player, place in an Excel spreadsheet and follow the directions found in your search.

Your results will be a series of numbers between -1 and 1 showing the negative and positive relationship of each category on total points scored. Highlight the categories whose correlations are closest to 1, as they have the greatest impact on Fantasy points scored.

While this information will likely not affect your early round draft strategy, it will help you determine what types of players to focus on later in your draft — speedsters, power hitters, players with high batting averages, etc.

Remember, Fantasy Baseball leagues are usually won based on the decisions made in the mid-to-late rounds and with a little regression and statistical analysis, you will be ready to dominate your points league. 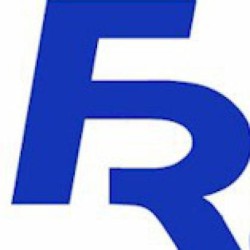 Follow Goose
Goose
Founder at FantasyRundown.com
Goose founded FantasyRundown.com, a website that compiles the best Fantasy Baseball and football analysis, rankings, projections, and more from the top free sources on the Internet.